Relive the Midwest’s History with a Mississippi Cruise

A cruise up or down the Mississippi is undoubtedly a full immersion into American history. The Mississippi River is the second longest river within the United States. It originates in Lake Itasca and ends in the Gulf of Mexico 2,340 miles later, providing numerous opportunities for an unforgettable cruise.

Steam-powered paddle ships are one of the most recognizable icons in the region’s history, and they still cruise up and down on the Mississippi river. Paddle boats came quickly on the heels of efficient coal-driven steam engines, and were used in heydays past to ferry great quantities of merchandise (such as cotton) and people on the river.

The competing armed forces of the Civil War saw great advantages in moving troops and equipment along this water line, which is why steam power on the river was greatly expanded during the war. The services found that soldiers and provisions could be easily moved from north to west using the vapor powered paddle boats.

Mississippi cruise paddle boats now serve a better goal though – allowing visitors to take in the area’s history. In fact there are several paddle boat companies that provide touring services up and down the River. Many a Mississippi cruise is nowadays centered entirely around the past military glories that took place on and around the river. Cruising companies around the river can provide you and your friends and/or family with both a scenic and historic view of this grand area of the United States.

Some cruises down the river take you on a stopover through the barrier locks located in Lynxville and then into Wisconsin to watch for birds of prey such as falcons and especially eagles among the bluffs of Effigy Mounds National Monument. There are no places in the world where the eagles most wonderfully represent freedom as much in these ranges.

As you may well know, the American bald eagle is endemic to North America and found in no other part of the world. These birds fly dominate the skies that are their territory. Their flight is extremely elegant and enthralling. It’s a sight that is hypnotizing, but yet liberating – one that is a must for anyone to see, especially for grade school children leaning about America and its values. Spotting one of these spectacular birds on a river cruise will be a unique experience for all people present.

A Mississippi cruise will take you back in time to the glory days of middle America in the nineteenth century. The river has woven its way through the land for eons, making its distinctive print upon its basin and the whole continent. Evidence of this is the rich, bright, and vibrant landscape you will see as you take your Mississippi cruise. 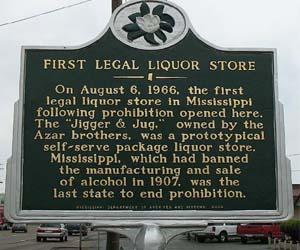